What Does HVAC Mean?

When you've been in a certain industry for a long period of time, certain terminology and slang almost becomes second nature. Every type of job has one, but to those who are not involved in that world on a daily basis, those terms can almost sound like a foreign language.

The same is true of the term "HVAC." While you may be familiar with the general idea of an HVAC company, what it actually stands for and what HVAC technicians do may surprise you.

What Does HVAC Mean?

Simply put, "HVAC" stands for heating, ventilation, and air conditioning. Basically, anything that affects the temperature level in your home falls under the purview of an HVAC company, from the air conditioning units outside your home, to the furnace that's in your attic, and the ductwork that moves air to various rooms.

It may seem like not that big of a job, but if you think of your house as the human body, the heating and cooling units are the heart and the ductwork is the blood vessels, delivering precious oxygen where it's needed most. And, just like in the human body, if any parts of those systems fail, you'll notice it immediately.

What's Included In an HVAC System?

Some people think that the term HVAC only applies to air conditioning; while your AC system is included with HVAC, it's only a small part of it. HVAC companies handle the ductwork and the units themselves, which are remarkably complex. The average AC unit, for instance, has a blower, condenser coils, compressor, exhaust outlets, an air return, and an air filter that helps keep the unit clean. The furnace has very similar parts, but operate in a slightly different capacity. Each one of these pieces requires regular maintenance and inspections, or else they could fail and impact the rest of the unit.

What Do HVAC Technicians Do?

Becoming an HVAC technician is just like any other trade job. You generally start with formal instruction before moving on to an apprenticeship, while finally sitting for certification exams. While some HVAC technicians move on to become contractors and specialize in a certain field or become supervisors, most work every day repairing and replacing the units mentioned above. Since an HVAC company handles everything with heating and cooling your home, they also usually offer emergency services so that they can get your heater up and running if it fails in the middle of a cold winter night. It's times like that that everyone fully understands the value of having a reliable and honest HVAC company nearby. 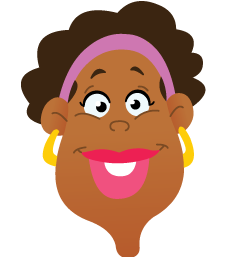 Does Your Furnace Fan Motor Need Checking And Fixing? Find Out - 13 January 2023

What Kind Of Maintenance Does Your Electric Furnace Require? - 27 October 2022